Life and Career Lessons Learned in the Military

As Motus celebrates Veterans Day by honoring those who have served this nation and continue to serve, we want to highlight two of our own veterans: John L. Paschal, Jr. and Alan Moore. John was in the U.S. Marines and worked mainly with the Air Force in California, but also trained in Transportation with the Army in Virginia, and was active during the Desert Shield campaign. Alan was in the Navy for 12 years as a weapons technician 1st class, serving three years on the USS Carl Vinson CVN-70, three years on Guam, three years on the USS Nimitz CVN-68, and three years in Bremerton, Wash.

Here are some of the lessons they learned from their military service that they apply in their daily lives and careers: 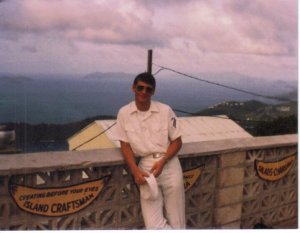 Attention to Detail – Learning to pay attention to detail can transform your ability to complete a task the right way the first time. By listening and giving a back brief of what you heard, you’ll make fewer mistakes the first time around. According to Alan, “With so many jobs in the military, mistakes were not allowed.  You had to be at the top of your game every day, even when there were 18-hour days, or you were coming off a three-day liberty after being at sea for three months.  I’ve carried that need for perfection and attention to detail in my work with me everywhere I go.”

Camaraderie – Everyone has a job to do within a troop, and the same goes for any business team. Alan says, “I look for a job that has a clear command structure, but I also look for the camaraderie of the people I’m working with.  I’ve got their back, and I need to know they’ve got mine. Even though a mistake doing payroll isn’t a life or death situation, I still bring my best to the table and strive for that perfection every day.”

Leadership and Morale – One of the greatest lessons one gains from military experience is learning how to lead and how to be led. John says, “I learned to take directions respectfully. You respect the chain of command. You might not like the decision or even respect the person, but you have to respect the position.” John has passed along this mentality to those he mentors as well. He says it’s important with his life experience, in and out of the Marines, to pay-it-forward and teach those who might be struggling how to conduct themselves. One of the factors John says he values working at Motus is the emphasis on servant leadership, where the main goal is to serve the needs of the team first. Not only does this help employees develop and perform as highly as possible, but it also promotes camaraderie and good morale. As Dwight D. Eisenhower said, “Morale is the greatest single factor in successful wars.” 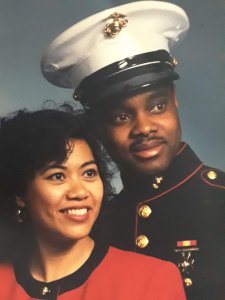 Take Action – When you are in the military, there is the expectation that you fight to win. The Marine Corps’ basic training is designed to give recruits a “bias toward action.” It might even go without saying they are the most extreme self-starters! John says before he joined the Marines at age 32, he was at a point in life where he needed direction and focus to get out of the rut he had found himself in. While he says he was not the usual recruit, he knew the Marines would provide him the challenge that would change his life for the better. After he completed basic training, John decided he no longer wanted to settle, so he went back to his civilian job in shipping and receiving and fought for a higher position as a network system coordinator. “My boss was amazed at my transition and my ambition. I gained focus, drive, and determination. I wasn’t the same person as before and the most rewarding part was setting an example for my sons.” Take action. You are in charge of your own life.

Motus Recruiting would like to wish everyone a happy Veterans Day and thank all those who have served, and their families, for their sacrifices in protecting our great nation. Motus is committed to advancing the careers of veterans. Job training, resume writing, software training, and skill assessments are just a few ways we help the men and women of the military find employment. Reach out to one of our recruiters for more information on how we can help.